Your search - Seldon, Anthony - did not match any resources. 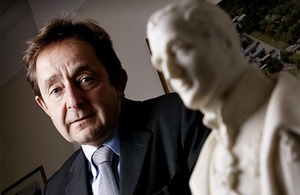 Sir Anthony Francis Seldon, (born 2 August 1953) is a British educator and contemporary historian who is Vice-Chancellor of the University of Buckingham. As an author, he is known in part for his political biographies of Margaret Thatcher, John Major, Tony Blair, Gordon Brown and David Cameron. He was the 13th Master (headmaster) of Wellington College, one of Britain's co-educational independent boarding schools. In 2009, he set up The Wellington Academy, the first state school to carry the name of its founding independent school. Before that, he was head of Brighton College.

Seldon is the author or editor of more than 35 books on contemporary history, politics and education. He was the co-founder and first director of the Centre for Contemporary British History, is the co-founder of Action for Happiness, is a governor of the Royal Shakespeare Company and is on the board of a number of charities and educational bodies.

He is also both honorary historical adviser to 10 Downing Street and a member of the First World War Centenary Culture Committee. Seldon was knighted in the 2014 Birthday Honours for services to education and modern political history. Provided by Wikipedia
Loading...