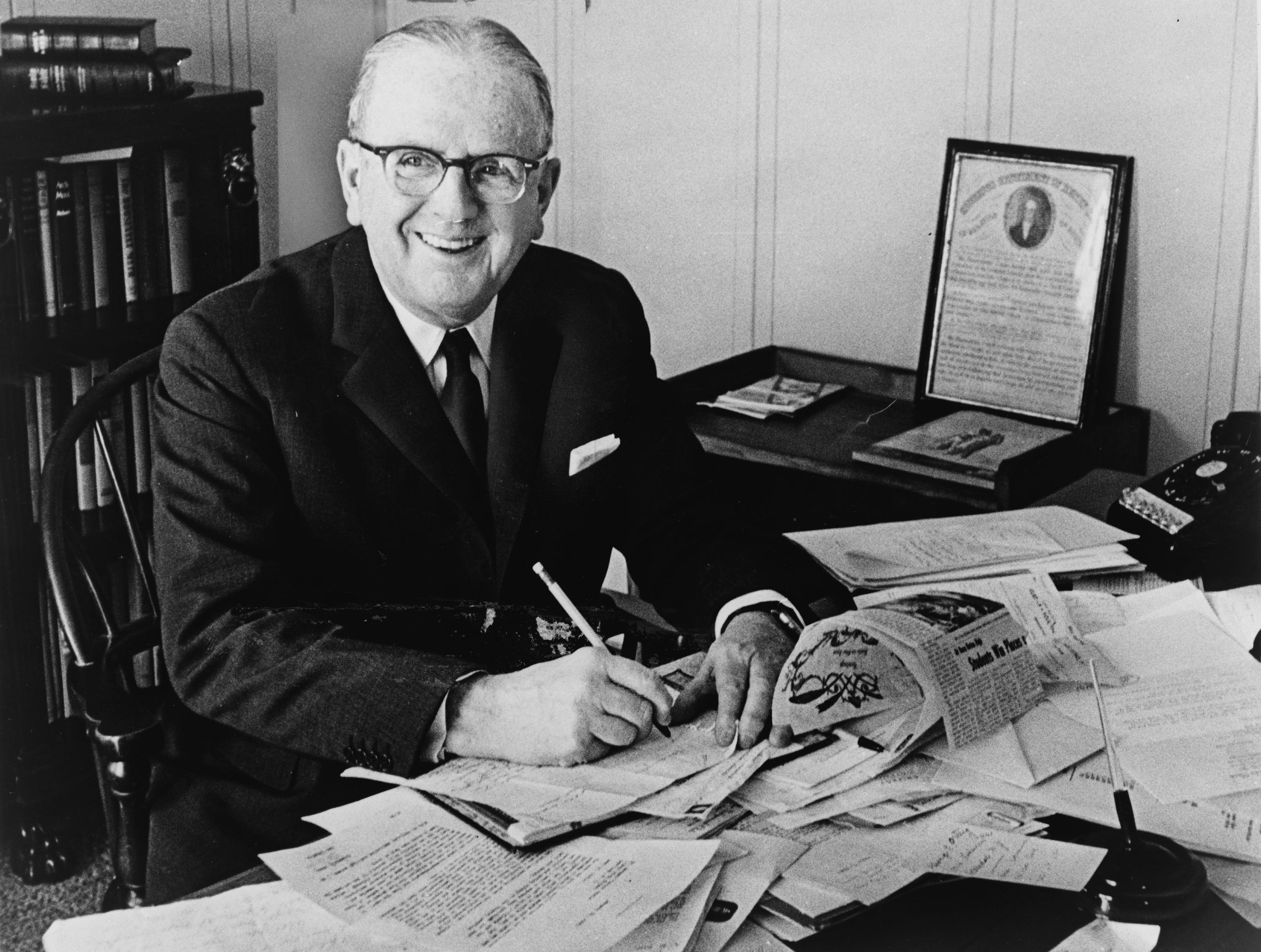 Norman Vincent Peale (May 31, 1898 – December 24, 1993) was an American Protestant clergyman, and an author best known for popularizing the concept of positive thinking, especially through his best-selling book ''The Power of Positive Thinking'' (1952). He served as the pastor of Marble Collegiate Church, New York, from 1932, leading this Reformed Church in America congregation for more than a half century until his retirement in 1984. Alongside his pulpit ministry, he had an extensive career of writing and editing, and radio and television presentations. Despite arguing at times against involvement of clergy in politics, he nevertheless had some controversial affiliations with politically active organizations in the late 1930s, and engaged with national political candidates and their campaigns, having influence on some, including a personal friendship with President Richard Nixon.

Peale led a group opposing the election of John F. Kennedy for president, saying, "Faced with the election of a Catholic, our culture is at stake." Theologian Reinhold Niebuhr responded that Peale was motivated by "blind prejudice," and facing intense public criticism, Peale retracted his statement. He also opposed Adlai Stevenson's candidacy for president because he was divorced, which led Stevenson to famously quip "I find Saint Paul appealing and Saint Peale appalling."

Following the publication of Peale's 1952 best seller, his ideas became the focus of criticism from several psychiatric professionals, church theologians and leaders. Peale was awarded the Presidential Medal of Freedom, the highest civilian honor in the United States, on March 26, 1984, by President Ronald Reagan. He died at age 95, following a stroke, on December 24, 1993, in Pawling, New York. He was survived by Ruth Stafford, his wife of 63 years, who had influenced him with regard to the publication of ''The Power'' in 1952, and with whom he had founded ''Guideposts'' in 1945; Ruth died on February 6, 2008, at the age of 101. Provided by Wikipedia
1
Positive thinking every day : an inspiration for each day of the year..
by Peale, Norman Vincent.
Published 1993
Call Number: Loading...
Located: Loading...
Loading...